Lindgreave
​               Summer
Mayoss Sparkling Star Over Lindgreave
Hip score - 12 (6/6)
Elbow score - 1 (1/1)
Heart - Echo doppler test normal
Cystinuria clear through parentage
Mayoss Sparkling Star Over Lindgreave is our first Newfoundland her date of birth is 19/01/08.
Summer came into our home and won all our hearts, she was adorable and a real pretty girl. She enjoyed gardening with me ( i planted them, she pulled them out), she also enjoyed running off with the plant pots. Now she is older she just sits and watches me occasionally flattening the plants with her bum.
At 4 month old we joined Yew Tree Canine society and Summer really took to the ringcraft classes and enjoyed making friends with all the other members breeds of dogs. After joining in April Summer won about every match night up to December when she won pup of the year at 11 months old.
Summer entered her first Champ show(Leeds) at 6 months old and has continued to be occasionally shown at Open shows winning many classes and stakes classes and having moderate success at Champ show level and qualified for Crufts 2009.
When summer was about 6 months old we took her swimming to rother valley country park for the first time and met some of the working/ swimming newfs, we found out then that Summer wasn't so keen on the swimming side of newf life.
Summer is now the well trained show dog and works well with our daughter Rebecca in junior handling classes qualifying for Richmond 2010.
Hopefully Summer will be back in the ring in Autumn 2011 after having her first litter.
​ 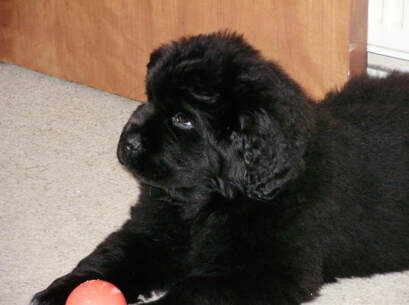 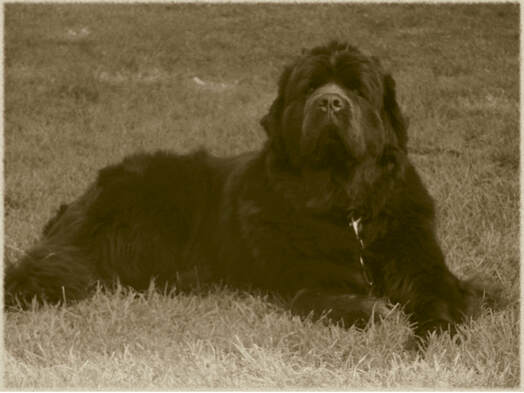