Cohen was one of two males in the litter,  the breeder(Jill Eaton) gave us pick of the boys and we really feel we made the right choice. From the day he came home he has been the perfect gentle giant, he was very easy to train and has never been destructive. He has fit into the family and the girls took to him straight away when we introduced them.
Cohen started his ringcraft training  and made many new friends with the other dogs. He often would rather play than concentrate on his training, he entered his first show at just 6 months which was the Newfoundland Club champ show. The second show he attended was Midland Canine Society champ show where judge June Parker( breed specialist) gave him second in minor puppy dog which qualified him for Crufts 2010.

We have found that Cohen enjoys swimming with Pebble and has started to get Summer to follow him in. We took him to rother valley and Cohen really enjoyed swimming with the other newfs there.
Cohen has done really well at match night competitions at rincraft classes gaining best puppy in match. We look forward to much success with Cohen in the future. 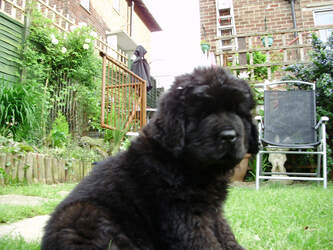 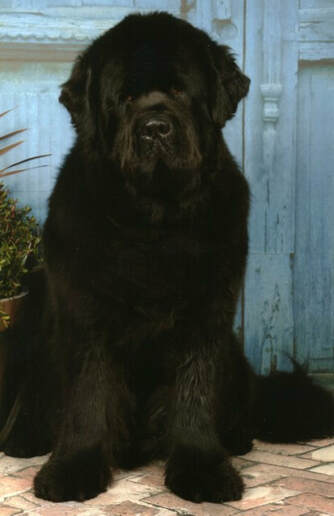